by Miguel A. De La Torre 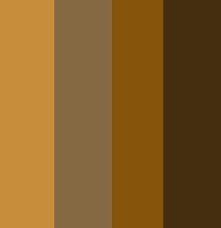 While teaching at the University of Johannesburg in South Africa, I was traveling with a local colleague to an engagement.  Along the way, I ribbed him concerning some native cultural idiosyncrasy, at which point he turned to me in jest, calling me "just another imperial gringo."  Although a humorous retort in our banter, I confess that I was taken aback.  Of all the things I have been called throughout my life, this was the very first time I was ever called a gringo.  In effect, I had to travel half-way around the world not only to be seen as an American but—more humorously—to be insulted as one.  But why should I be surprised?  Could it be that the navy blue passport I was carrying signified this particular Latino as a gringo among the world's disenfranchised?

The complexity of shifting identity, depending on geographical location (teaching within the US or teaching abroad), means that I am an identity "cross-dresser."  The fluidity of identity allows for different significations of power depending on geographical location, thus allowing me, as an international ethicist, to cross-dress and wear identity based on where my particular classroom is located.  In the US, even though I occupy a space of power as professor, I remain the Object of the dominant gaze; yet, when my classroom is located abroad, my Latino-ness is submerged as my overseas students see me as Euro-American (and in some cases as white)—along with all the powers and privileges that come by occupying that particular space.  Identity cross-dressing, I would argue, complicates the ability for scholars of color and the students occupying classrooms abroad to effectively participate in producing theological knowledge.

To be an international cross-dresser is to recognize that I take on the power and privilege (or lack thereof) that comes with the identity I happen to be wearing due to geographical locations.  To some degree, regardless of actual skin pigmentation or ethnic origins, we all become navy blue—the color of the US passport cover.  To be navy blue signifies the global imperial might of the most privileged empire ever known to humanity.  To carry this navy blue document is not only to receive the protection of empire but also to become the global signifier of empire, even if you find yourself marginalized within the confines of empire.  Those defined as nonwhite due to the domestic dominant gaze become honorary whites when teaching abroad.

In the eyes of many of my students abroad, I am not perceived as belonging to a marginalized group; rather, I am seen as a full-fledged member of the empire. They have difficulty seeing or accepting that I could understand what it means to be marginalized.  There is a refusal to accept that within empire, spaces exist where the descendants from the Global South face and experience similar disenfranchisement as those still residing in their countries of origins.  Part of my responsibility in teaching ethics on a global level is making more complex the simplistic hierarchical understanding of how race and ethnicity are constructed.

To be a scholar-activist abroad means standing against empire. At times, this may require loss—loss of livelihood, loss of freedom, maybe even loss of life, for to share in the lives of the marginalized means sharing in their fate. Loss is not sought for, but at times may become the consequence of teaching theology in a global context. To get arrested for some movement usually earns Euro-Americans a liberal badge of honor. But for disenfranchised communities, arrest is a frequent risk of living in marginality. Scholar-activists who do their scholarship in solidarity with the disenfranchised, by definition place their bodies in similar risks.

Normatively, those from the empire teaching theology in a global context find that the theology they elucidate is usually linked to the colonizer's world view, and the political structures designed to protect the interests of the privileged few.  By contrast, scholar-activists (especially those from the liberative perspectives) focus on human needs rather than ecclesiastical dogma.  We believe scholarship can never be neutral in the face of global injustices.  When scholars stand in solidarity with the marginalized, then ethics begins to move beyond simply being an extension of empire.  Scholar-activists theorize and theologize for the express purpose of changing oppressive social structures, as opposed to simply better understanding said structures for the sole sake of scholarship.

The major failing of teaching theology in a global setting today by scholars of color is that some fail to problematize the praxis of cross-dressing, putting on the clothing of power and privilege.  Many respond in words to the inhumane conditions forced upon the dispossessed when it is much more important to respond in deeds, in actions, in praxis. Ethics is action—action that leads to salvation and liberation for both the oppressed and their oppressors.  The scholar teaching abroad ceases to be the expert and instead participates in the task of also having his/her consciousness raised.  The call is not to master the theological canon of the West but to explore through the eyes of the global marginalized who have resided for centuries on the underside of the colonizers.

Miguel A. De La Torre, Ph.D., is Professor of Social Ethics and Latino/a Studies at Iliff School of Theology. This essay appears on the Wabash Center blog Race Matters in the Classroom and appears here by kind permission of the author and the Wabash Center.